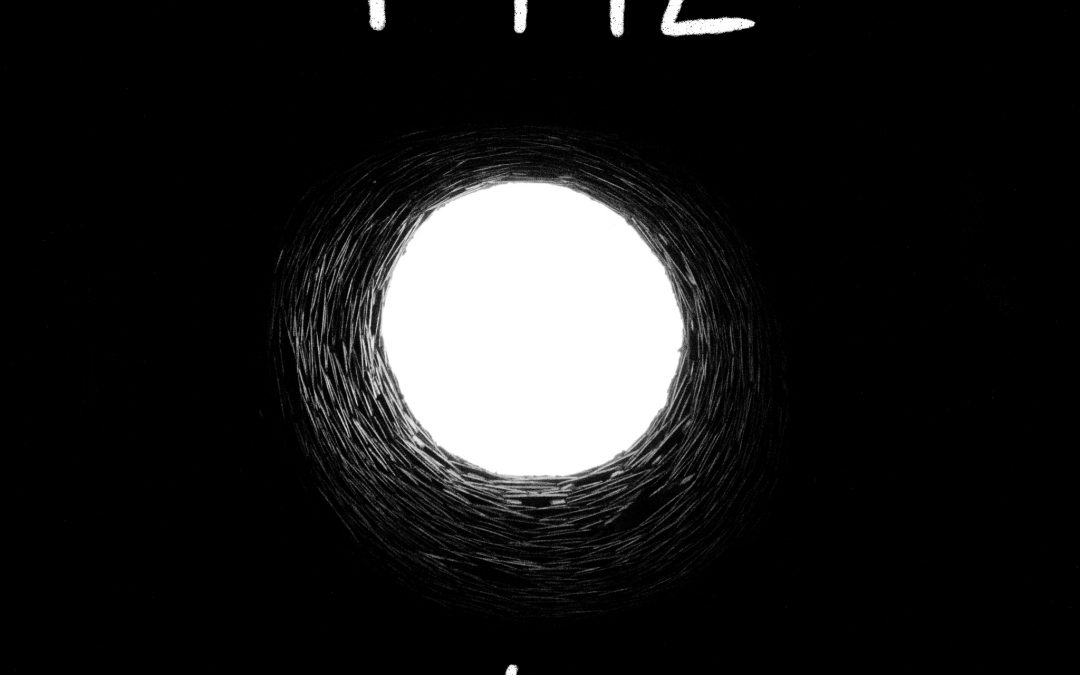 Continuing the challenge, here is my third short story.

Remember, these are 2k word limit, 2hr time limit with no editing or revisions. I get the prompt. The story idea comes. I bang it out on the keyboard. Then I move on to the next story prompt.

His father told him to never go past the gate, and yet he followed as his cousins squeezed between the bars. Nathan was quiet and always alone. He felt the odd one out of the group and whenever he was around his cousins; he wanted to show that he too could break rules.

The farm was large. Many sections went unused and others grew wild. But the land beyond the gate he had never seen. Not even his grandfather would let him come out this way. He had suspected that it was because his aunt died here when she was a little girl. They say she had fell down the well, but by the time they got to her; it was too late.

His cousins cut through the tall grass, walking away at it with sticks they found. The broken blades rested and allowed Nathan to pass without a fuss.

“There it is!” A voice called out. A few more steps and the grass gave way to a clearing with the remnants of an old barn lay. Some framing was still up, but there was no roof. Dirt and rust covered everything in sight. Nathan scanned to the right. The well sat before him. Its grey stone protruded from the ground and the darkness drank the light.

Nathan gulped. He wanted to stay away but was too afraid to speak up. They’ve taunted him before, and he didn’t want to be on the receiving end again.

“Yo, check this out!” Damien said. He was the leader if there was one. The others wowed in amazement. Each looking down into the depths of the well. “You scared?” Damien said. His eyes were glaring right at Nathan. “No” he said.

Nathan stepped up to the well and looked over. Someone had thrown a pebble, and he watched as it bounced off the walls. The sound getting farther and farther away. There was silence. Then a splash. Voices sprung in excitement. Then a hand squeezed his shoulder and jerked him towards the well. The breath escaped his body, and he grasped at the stones that made the well wall. Damien stepped in view, laughing. The others joined him. They always did.

Before Nathan could dissent, the stone he grasped so desperately gave way.

He wasn’t sure if the sound he heard was the stone smacking against the walls of the well or his head. He wasn’t sure if it mattered. The well was the blender, and he was the food. When the light disappeared, so did the voices.

He opened his eyes again. A dull ringing filled his ear. His body felt weightless, as if he was falling through darkness. His vision was blurry, but he could see the light. As he fell, we watched as the light cast shadows on a broken city.

He was not sure how long time had passed when he opened his eyes. He sat up, staring at a broken wall, barely visible from the light. He looked at his body, or what he could see. He recalled the thudding of his body against the walls, but he felt no such pain sitting on the ground.

Then something grabbed his leg.

Hands seized his ankle, dragging him into the darkness. Cloaked in darkness he could not see, but he could hear its croaking voice. It snarled as it pulled him. If it were not for the fingers digging into his skin, he would think it was a dog.

Nathan reached desperately for anything. All he grasped was dirt and gravel. His arm smacked against a stone and he instinctively lunged at it with both hands. His legs jerked into the air and fell to the ground. Whatever was dragging him had fell too. The stone he clung to was too heavy for him. He pulled himself up and saw a rock. He grabbed it. Hands jerked at his leg, and pressure mounted on his leg. It was crawling up his body.

Nathan spun and swung his hand as hard as he could. The rock smashed into the face of the thing clinging to him and hit the ground in pain. He heard other footsteps clashing against the ground. Nathan stood and ran back to the broken wall with its faint glow of light.

The ruined looked like those movies on TV where a city was bombed. Half walls stood where homes used to be. Abandoned cars littered the streets, and broken buildings comprised the skyline. Nathan used this all to his advantage as he dashed between the cars and into the buildings.

Wanting to catch his breath, he stopped and sulked into the corner of house and hid next to a dish cabinet. He could hear the footsteps and growls grow. He remained still. In the shade of darkness, he watched through the broken walls as children his age ran past. Some stopped to look around. Training their ear to the skies and buildings before taking off again.

The other kids didn’t look like his cousins. Their hair was wild, and they had the sound of rabid dogs. The skin was caked in dirt and clothes were torn and frayed.

Nathan watched in silence as they ran by disappearing into the shadows. Even when he could no longer hear them, he stayed silent. Waiting and watching. If he was honest with himself, it was because his legs would not let him move. I’ll be good, he thought, I promise daddy.

His nerves now calmed, he stepped out from the corner and slinked through the buildings. Heading to the light that grew in brightness as he traveled. Finally, he had reached the edge. There were no more homes to slip through. Ahead was an incline and a small set of stairs leading to an elevator like you would see in mines. The light, he thought, it’s a light bulb? How?

He looked around. There was no sound. No footsteps. He inhaled and dashed towards the hill. The wind crashed against his face and his vision tightened. He climbed the steps with ease and reached for the latch.

A scream echoed throughout.

He turned in the scream’s direction and could see flicks of orange light. A fire. Could there be someone else here? Stuck like him? He looked at the lift and back in the direction of the fire. As much as he wanted to leave, he couldn’t leave anyone else that was stuck here. What if they had heard the lift and came running?

“What if they heard the lift?” He said.

Nathan’s father always told him to help anyone in need, and it sounded like someone was in need. Nathan turned and hit the up and down arrow keys on the lift and shut the gate. Its engines roared, the lift buckled, and the cables grew tight lifting it into the air.

Then the growls came to life.

Nathan ran down the steps and back to his hiding spot. He navigated through the buildings and listened as their calls went by, running towards the lift. As he crossed east, silently against their backs, the light of the fire grew. He weaved between the walls and stood.

There, a camp, with fire billowing in the middle. Its shadows danced where a living room once was as long shadows traced overhead. Tucked in the corner of the darkness was a cage. And a girl within. Their eyes caught each other. She pointed to the wall. His eyes turned, following her hand until they landed on the key. Nathan nodded, stepped to the wall and snatched the hanging key. As he did, the sound of the lift stopped and resumed. Returning to its resting place. When he turned to her she beckoned to him. Her hands outstretched, grasping for the key, even at their distance.

Nathan jogged to where she was, looking over his shoulder, and stepping out of the way of debris. As he neared closer she whispered, “They’re coming back. Hurry!”

The lock fell to the ground, and she darted from the bird’s cage with quickness. In an effort to stand, she stumbled and fell to the ground. Nathan grabbed her hand, helping her stand, and they stumbled away from the cage back into the broken houses, putting as much distance as he could.

They made their way to the wide road and hid behind the wall. They watched the light to see if any shadows would dance. “Who are you?” Nathan asked. His voice was a leaf on the wind. She turned to him, “Isabelle,” she said, “and where you are isn’t important. The lift is.”

Nathan wanted to question her more, but before the words could leave his mouth, his body was yanked forward and his feet chased after her own.

Cries filled the midnight sky. They must have noticed her gone. As they dashed past the crumbled buildings, Nathan could see their silhouette flash by. The next building they rushed past, he glanced at one of them staring at him before it hissed and growled.

His legs were moving as fast as they could and he still felt as he was being dragged by her. By the time they reached the stairs, he could see them chasing from behind. His hand held tight onto hers and his other grasped the railing. He pulled it to hurry his legs along. The lift was ahead and the wild children climbed the stairs with fearsome speed. Nathan turned to her and felt his body jerk once more. He stumbled into the lift, crashing into its panels, rocking the structure. The lightbulb swung distorting the structures all around it. As he tried to stand, the lift bucked, the cable tightened, and he began to rise.

“No! You can’t stay here” he called to her. She stood back against the lift, watching as the monstrous shadows descended upon her. “I won’t stay here,” she said looked up at the rising lift. Nathan was perched on it. Tears filling his eyes. She turned to the hoard of beasts, “I was waiting for you.”

A brilliant light flashed, blinding Nathan. He fell back against the floor of the lift, covering his eyes. Even shut, the light pierced through and faded to a dull crimson red. His world grew dark once again.

And fin. I hope you enjoyed it. I’m finding it challenging to bring the scope down. In this session, I wrote straight through but the pace of my writing I felt that I was near the word limit and attempted to wrap whatever it was I was writing down.

See ya next week for the next story challenge.